schema of the Structure of Klaipėda State Music Theatre

Klaipėda State Music Theatre (KSMT) Symphony Orchestra – largest professional orchestra not only in Klaipėda but also in the whole Western Lithuania – has its regular season of the theatre’s running productions and premieres. When it’s over, it presents magnificent programmes to delight audiences at summer festivals in Klaipėda and neighbouring towns.

The present-day orchestra, consisting of almost 60 musicians, evolved from a 13-piece semi-amateur ensemble of the Klaipėda People’s Opera, established in 1956. For three decades the theatre has operated as an amateur collective: all the singers and musicians were employed as unpaid artistic personnel, rehearsing and performing under the artistic leadership of conductors Aleksei Pozdneev, Aleksandras Buzys, Augustinas Kepenis, Robertas Varnas, Algis Jonas Lukoševičius, Vladimiras Konstantinovas, and Kazys Kšanas who served the longest tenure here (1966–1986).

In 1993, when Stasys Domarkas was appointed Chief Conductor of the KSMT (later appointed artistic director and director, he stood at the helm of the theatre until 2004), the repertoire expanded dramatically to include new productions of operettas, musicals, operas, oratorios, cantatas and other large-scale concert works for soloists, choir and orchestra. To implement such ambitious programmes he often invited guest musicians. Thus, in 1993, he formed the Lithuania Minor Symphony Orchestra, which often assisted the KSMT Orchestra during the summer festival “Musical August at the Seaside” launched at his initiative and held in Klaipėda and neighbouring towns until 2020. In 2019, he was named the first Conductor Emeritus of the KSMT Orchestra on the occasion of his 80th birthday. In the capacity of the theatre’s Chief Conductor, he was succeeded by Ilmārs Harijs Lapiņš, Dainius Pavilionis (2010–2015), Vladimir Ponkin (2016) and Tomas Ambrozaitis (since 2017). In the past few years, the orchestra experienced the influx of young and eager musicians from Lithuania and abroad, which allows it to set new artistic goals.

The repertoire of the KSMT Orchestra ranges from the classical mainstays to the first Lithuanian performances of less known music to the new music by contemporary Lithuanian and foreign composers. It has inspired quite a few Klaipėda-based composers to write new pieces especially for this orchestra. In 1999, it performed the world premiere of Alvidas Remesa’s Symphony No. 4 Ecce homo dedicated to the Great Jubilee of Christianity (also for the CD recording) and oratorio The Legend about Memelburg dedicated to the 770th anniversary of Klaipėda (2022), as well as his other three symphonies and Vladimir Konstantinov’s large-scale compositions. 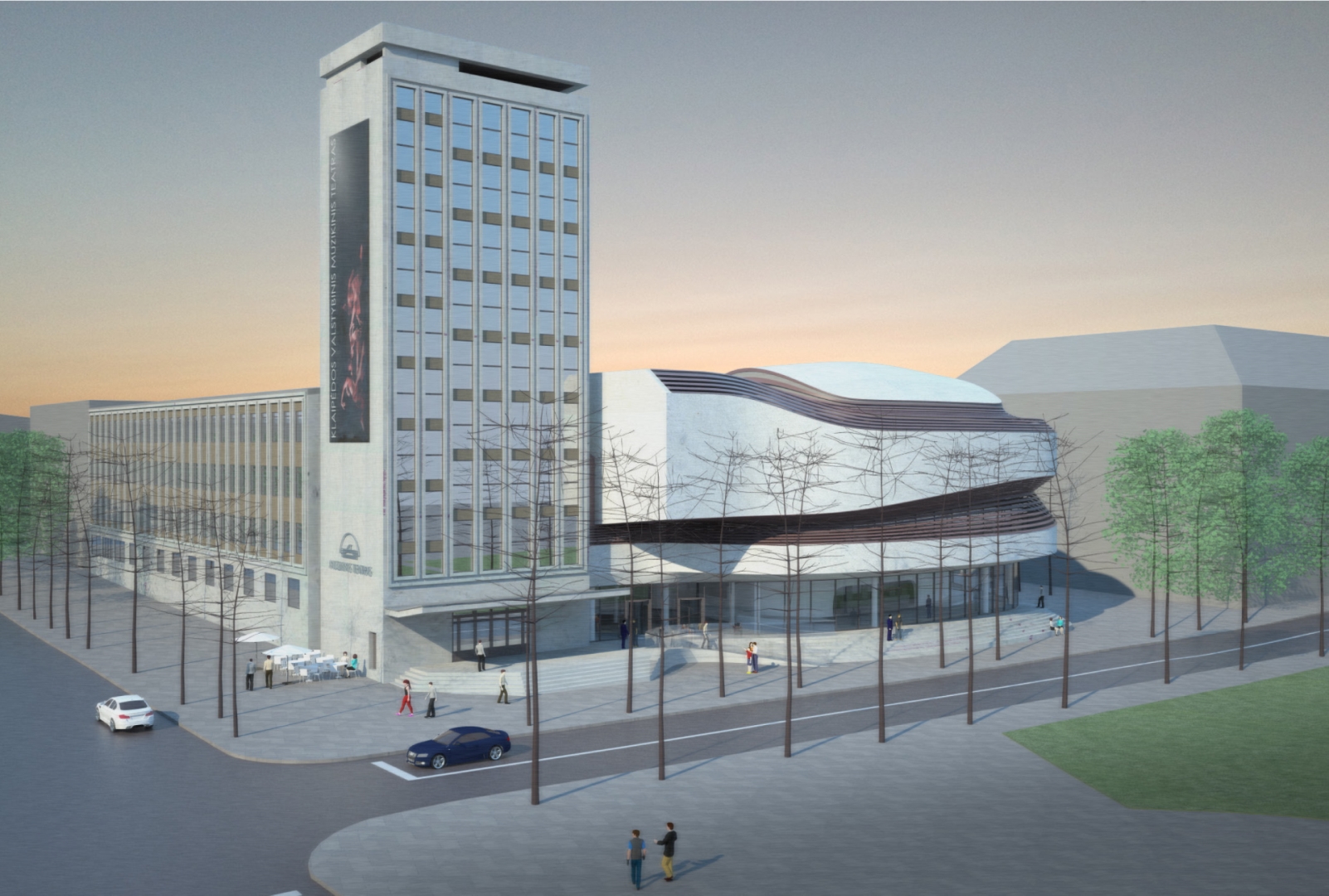 I want a Newsletter